Spice Up Your Morning Coffee With Cinnamon To Enjoy At Least 5 More Health Benefits!

Spice Up Your Morning Coffee To Boost Health Benefits!

Celebrate the Fourth of July by spicing up your morning coffee with a little cinnamon.  Just sprinkle a teaspoonful of cinnamon powder over your grounds before brewing and presto, a great tasting cup of joe with added health benefits, especially for those of us with RA (rheumatoid arthritis).

Cinnamon has been used throughout the ages medicinally, as a flavoring agent and even in the embalming process.  At one time it was more valuable than gold!

Cinnamon comes from the inner bark of tropical, evergreen trees.  There are two main types of cinnamon: Ceylon and Cassia.  Ceylon often referred to as “true” cinnamon, isn’t as common as Cassia, the usual cinnamon found in grocery stores.  Ceylon is the more expensive variety, but it contains less coumarin than Cassia cinnamon.  Coumarin may cause liver damage in a small number of sensitive individuals according to an article in Medical News Today.  This speaks to the concept of moderation and knowing your unique sensitivities to avoid substances that cause YOU problems!  Because some medications used to treat RA are metabolized by the liver, I will use Ceylon cinnamon.

Cinnamon is described as sweet, fragrant, warm and aromatic.  It is used in both sweet and savory dishes.  It comes ground or in quills, rolled bark.

Cinnamon and Spice and Everything Nice!

What is nice about cinnamon is not only the sweet taste but the suggested health benefits.  I have shared that in addition to my medications for RA, I’m constantly developing lifestyle habits to better manage my disease.  I look for ways I can do little things that when added to other little things the sum total helps my body better deal with my RA.  I call it FRESH strategy!  Sprinkling a teaspoonful of cinnamon on my ground coffee beans this morning was one such little thing.  Let’s talk about some of the health benefits that have been suggested by Evidence-Based Complementary and Alternative Medicine.

Cinnamon is high in a substance called cinnamaldehyde and antioxidants such as polyphenols.  Antioxidants protect the body from oxidative damage caused by free radicals.

Although further study is needed, there is enough data to convince me adding a little cinnamon to my diet is a very good thing!  Added to the health benefits of antioxidant-rich coffee,  this cup of joe is a great way to get the day off to a good start!

I mentioned moderation earlier.  You can have too much of a good thing.   I’m suggesting trying recipes using cinnamon and sprinkling some on an apple or banana from time to time, in addition to the Java enhancer this post is all about!  It has the naturally sweet taste without  a lot of calories! Until we have studies to pinpoint cinnamon doses, it is best to gravitate toward dishes including cinnamon in the recipe and choosing the Ceylon variety.  You know, listening to the voice of reason!  And that is using Arthritis Wisdom!

Wishing you a very happy and healthy Fourth of July!  A special shout out to my friends and family in the military.  Freedom is not free and I am so thankful for your service and sacrifice.

PrevPreviousEating Fish Twice a Week, What a Great Plan!
NextWhen Life With RA Isn’t a Bowl of Cherries: 3 ConsiderationsNext 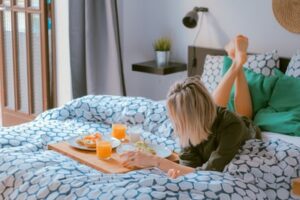 Seven Suggestions From a Covid-19 Graduate 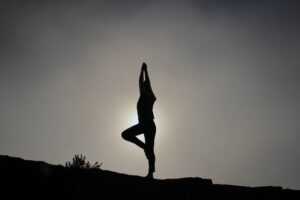 My Get Stronger Get Healthier Trifecta for 2021 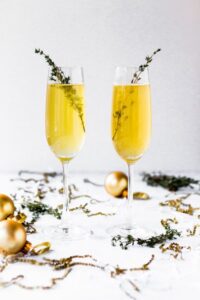 Toasting the New Year…..and the Goodness of Vitamin C

3 Reasons to Enjoy Your Cup of Joe

get the latest news, updates and freebies.

Arthritis should have the smallest footprint possible on your day-to-day living.  Small things added together make a huge impact.  Here’s to living your best life, even with arthritis!  Cheers!